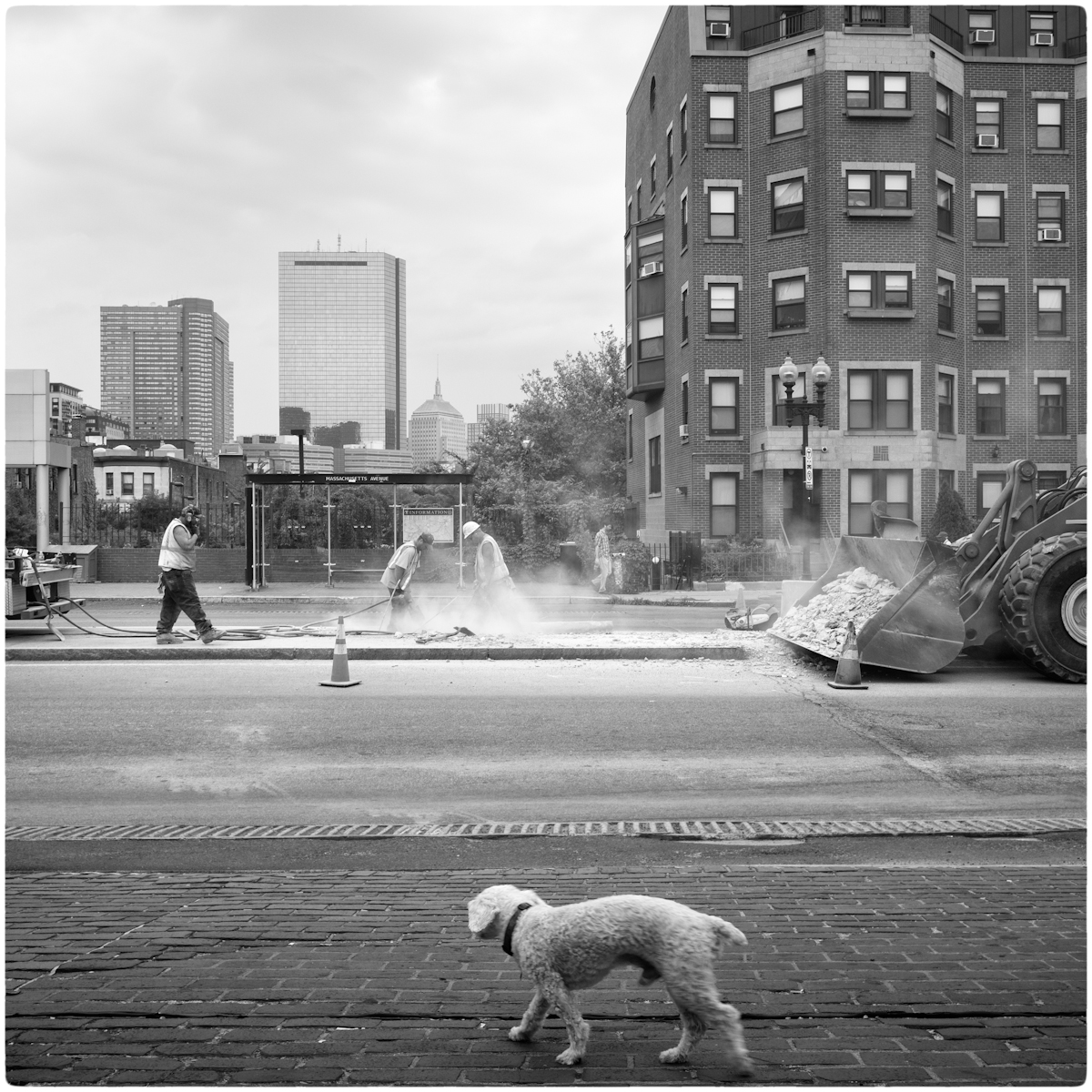 In an effort to revitalize street photography as a respected form of contemporary art, this collection builds upon the principles established by pioneers of the genre, including Strand, Erwitt, and Cartier-Bresson.

Situational awareness paired with appropriate exposure and thoughtful composition together create pictures of our world that provide stable perspectives of the humorous and occasionally ironic. Whether the narrative is playful or insightful, its object is to evoke empathy and respect for the subject.

The modern camera is a phenomenally responsive tool, especially as compared to the equipment utilized when street photography was sprouting in the early 20th century. In 1916, for example, Paul Strand created an 8x10 trick camera that used a false lens to attract attention while he photographed subjects through the true optic at the side. This technique represented a substantial, albeit cumbersome, development in methods for achieving candidness.

By contrast, my photographs are produced with a discreet, yet powerful device, allowing me to capture dynamic scenes that would otherwise have been lost to more obtrusive equipment and lower film speeds.